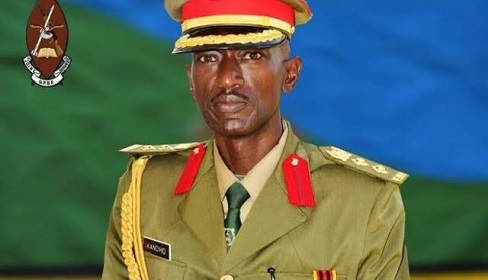 In an interview with the Daily Monitor last night, the Chief of Military Intelligence, Maj. Gen. Abel Kandiho dismissed the financial sanction against him as politically-motivated and inconsequential, and warned that unilateral punishments imposed by the US risked alienating its allies.
“I am not bothered by the so-called sanctions. I have no business with the US.  I’m concentrating on my work. The threats we have in the region need more concentration. I will not allow to be diverted,” he noted.

He added: “It [sanction] is political and I’m not a politician. They should just be careful not to create unnecessary enemies and losing allies. At the moment, I am too occupied with more important operations.”

Earlier, the U.S administration qualified Maj. Gen. Kandiho’s sanctioning thus: “Individuals were taken into custody and held, often without legal proceedings, at CMI detention facilities where they were subjected to horrific beatings and other egregious acts by CMI officials, including sexual abuse and electrocutions, often resulting in significant long-term injury and even death. During these incarcerations, victims were kept in solitary confinement and unable to contact friends, family, or legal support.”

Read UPDF’s response to the sanction