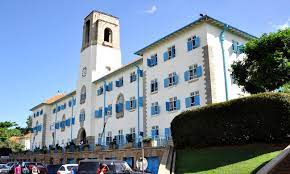 Africa is home to many universities that rank amongst the top universities in the world. Scattered across the continent, they stand tall in educational excellence. Are you seeking to study in Africa?

Check out these top 10 best universities, according to Business Insider Africa.

The University of Cape Town is one of the oldest universities in South Africa. Its motto, in English, simply reads: ‘Good Hope.’

The University of Cape Town consists of 57 departments and 6 faculties, 1208 academic staff, and 3,179 non-academic staff.

It has six campuses, some of which are urban, others suburban. It also offers degrees, including a master’s degree, doctorate degrees, and others.

Here, you can study a number of courses, including medicine and Surgery, engineering, etc.

The university is friendly to even foreigners.

The University of Witwatersrand offers up to 3,600 courses. Postgraduate and undergraduate courses included.

If you are seeking a university to study in, the University of Witwatersrand is a great pick. It is welcoming to both local and international students.

Located in Stellenbosch, in the heart of Western Cape, South Africa, is the Stellenbosch University. It is a public university for research and the oldest university in Africa which has remained famous for its academic excellence.

Having four campuses, its motto reads: “Good education strengthens the spirit.” It is ranked as the 317th best university in the world and the third best in Africa.

The University of Stellenbosch awards both undergraduate and postgraduate degrees in a wide range of studies, including Law, Medicine, Surgery, etc. It houses up to 150 departments, shared between 10faculties.

It is open to anyone, irrespective of race. There are hostels for students who would prefer to live on the campus. You should check it out if you plan to study in Africa.

This South African university is located in a province called KwaZulu-Natal. It came to be in the year 2004 after it was merged with another university—The University of Durban-Westville.

It is a public university and has five campuses, one of which is the former University of Durban-Westville.

The motto of the University of KwaZulu-Natal is: “Inspiring Greatness.”. Its colors are red and black.

At the University of KwaZulu-Natal, there are four colleges. These colleges house many schools. There, for example, is the college of Health Science, which houses the School of Clinical Medicine, etc.

The University of KwaZulu-Natal offers both postgraduate and undergraduate degrees and is friendly to international students.

The environment around this university is kept clean and serene, and students take part in many activities, including film, art, writing, etc.

This university was once known as the Egyptian University, then as the King Fuad I University. It is situated in the heart of Egypt’s beautiful capital city, Cairo, and is one of Egypt’s best public universities.

The University of Cairo was established around 1908. It houses 20 faculties and 3 institutions. It is amongst the top 50 centers for higher education in the world.

Its School of Medicine is amongst the first schools of medicine to exist in a center for higher education in Africa, and its school of Law stands out as being amongst the best on the continent.

The University of Ibadan, usually referred to by locals as U. I (You eyee) is a center for higher learning located in Oyo state, Nigeria. It grew to full standing as a university in 1963.

The University of Ibadan awards both postgraduate and undergraduate degrees in a wide range of study areas, including arts, medicine, etc.

Its motto is: “Recte Sapere Fons,” which reads: “To think straight is the fount of knowledge.”

It was the first institution to award an academic degree in Nigeria and has contributed immensely to the country’s economic, political, and social growth.

Some of its most renowned alumni are Chinua Achebe, the great novelist, and Wole Soyinka, theplaywright.

It offers both postgraduate and undergraduate degrees. Makerere University has as its motto: “We build for the future.”

Addis Ababa University is located in Addis Ababa, the center of Ethiopia, and is considered the country’s national university. It is the oldest university in Ethiopia.

The campuses in this university number 13, and it offers a number of courses, awarding both undergraduate and postgraduate degrees.

The Kwame Nkrumah University of Science and Technology sits in Kumasi, Ghana, West Africa. It is a public University. In English, its motto reads: “The knot of wisdom is untied only by the wise.”

It has a number of notable colleges, some including The College of Medicine, the College of Art and Built Environment, etc.

This university, located in Morocco, came to be in 1978. It is made up of six faculties and four schools. It offers both postgraduate and undergraduate degrees.