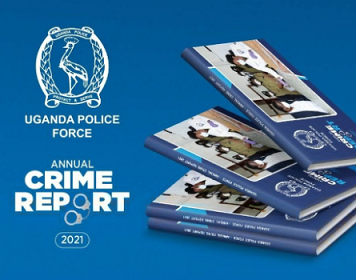 Data shows that 258 cases were reported during the period under review compared to 256 cases reported in 2020, indicating a 0.7% increase.

But according to Criminal Investigations Directorate Director AIGP Tom Magambo, Shs 110, 140, 000 was recovered.

He, however, said that the Police are faced with challenges in its efforts to fight crime. Some of these he said are internal, others being external noting that otter challenges are within the criminal justice chain. The challenges he said include manpower, logistical constraints, insufficient budget, lack of an electronic case tracking system and records management.

The Inspector General of Police Martins Okoth Ochola while releasing the report Wednesday said the country can only reduce crime, not eliminate it.