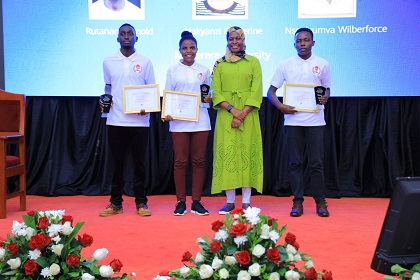 In a few months from now, you won’t need to be pricked to get blood samples as a requirement for Malaria or HIV/AIDS test.

This is because, third year students of Software Engineering at Makerere University have, using A.I, Cloud and Storage technology designed an app project that can test HIV and Malaria using phone fingerprint scan.

Arnold Rutanana, a leader of a group of 5, tells Kampala Gazette that “we pictured it from a view where people go to hospitals to line up just to be tested for Malaria or HIV”

“We are passionate about programming. So, we were like why can’t we find something that is different from the way people have been doing things? The normal thing people have been doing is to test blood samples. Then we were like, isn’t there another way to diagnose a disease without using blood? So, we came up with an idea and researched about diagnosing a disease without using blood. That’s how the idea grew,” Rutanana says.

Rutanana revealed: “We had a prototype of how it is supposed to flow. It took us about two months to first figure out how we were going to get blood because you see the normal way. So, for our case, we won’t prick to get blood.”

Now in its perfection stages, Rutanana says that “In the long run, we need to analyze the sample (blood). So, how do we do that without pricking someone? That was the biggest issue we faced.”

“We had to go down and..if someone is affected with a virus, the stages it goes through to really show the signs in the body. Someone may have the disease but it hasn’t revealed itself. So, we have to go back and study all that such that… because we don’t want to raise questions in people once the App is in production mode but someone tells you that I am sick but the App is telling me I am not sick,” Rutanana says and notes that currently, “we are using machine learning, a mode of AI to compare different data sets of images.”

“It’s A.I. We have different modes. We have a data set in our back end so we compare different data sets.

According to Rutanana, this is a mobile application.

“The technology we were using at first is suitable for Samsung users and so, we had a challenge, since we want to make it a mobile app, everyone should access it. So, the challenge went down to us. How can we make it accessible to all mobile phones? That’s the issue we are dealing with. We are modifying the solution such that it can work for everyone before we can go for clinical trials. The model is important but we are still perfecting it,” Rutanana revealed. 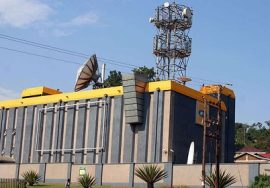 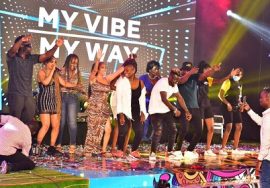 MTN Uganda Unveils Digital Radio in Partnership with Next Media