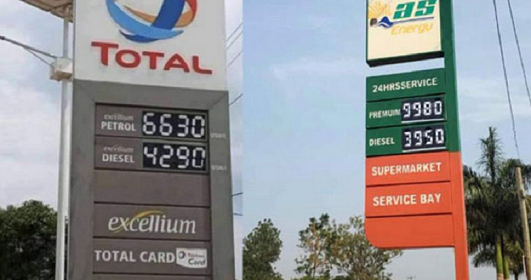 Previously, the country received 3 vessels of fuel per quarter from Russia.

However, since the start of the Russia-Ukraine crisis, the country has been receiving one fuel vessel per quarter.

For instance, according to Uganda Revenue Authority (URA) Commissioner Domestic Taxes Abel Kagumire, the quarter of January-March had only one vessel which came in April. This has not only denied government taxes but also means that the country is in a fuel crisis. According to Kagumire, things will get even tougher going forward.

Whereas fuel prices in Kampala and major towns across the country are still a few shillings shy from the Shs 6, 000 mark, fuel is now at Shs 7, 000 in Rukungiri. At Kebisoni based Home Oil, both diesel and petrol are going for Shs 7, 000.

Addressing the nation last week, President Yoweri Museveni said the country will not go into cutting taxes and price control in a bid to contain rising prices of essential commodities.