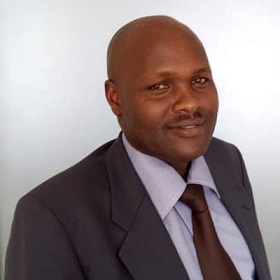 Undercover operations of Justus Cherop and Annet Birungi have emerged.

This, as the country witnesses a debate on whether or not nurses should return to work.

Now, nude photos of Cherop and his secret have leaked, shocking the nation to the marrow.

The leak online shows him knackered after a steamy bonkfest in what appears to be an offside romp.

There are already comments online saying that despite the authenticity of the nurses’ cause, he does not have the moral authority to fight for nurses as he claims.

This is in addition to new disturbing details that have emerged alleging how the leader of the health workers’ strike, that has left many patients stranded at health facilities without health care and many dead, connived with an officials in NSSF, NOTU and Mulago hospital to sell off land belonging to Nurses.

On Labor Day, Usher Owere Chairman General NOTU asked the media to back off after publishing that Justus Cherop, President Uganda Nurses and Midwife’s Union and Annette Birungi, treasurer for the Union who also newly joined as board member at NSSF (A credible government institution), had connived in selling nurses land to First Pharmacy at shs2 billion paid by Somalis.

Annette Birungi used part of the money to oil her elections campaigns as she stood as Female Workers Member of Parliament. Unfortunately, she lost the NRM primaries and the General Elections while the others used their shares for private investments.

Despite Cherop and Annette both being married, trusted sources confirmed that they enjoy illegal romps behind the backs of their spouses almost every week as they meet to plan their lucrative deals. This is clearly seen in the picture that was recently leaked to one of our sources. The two were too excited that they took selfies while still naked after enjoying each other at one guest house around Makerere, Kikoni.

A day before the recently concluded nurses’ day in Kamuli, Owere the chairperson of National Organization of Trade Unions who is said to have also benefited from the First Pharmacy deal together with former ED of Mulago, Dr. BB, tried to help convince nurses to change the constitution that favours Cherop and Annette Birungi from any legal action being taken against them for illegally giving away nurses land. These attempts first failed until on May 12, 2022 when they called an emergency general meeting with non-members that radically changed some articles in favor of the secret couple.

The land in question is located around the Mulago roundabout.

These two then laid a plan to mobilize all nurses for a strike over the promised salary increment from government as a come-back plan that would help them regain the trust and confidence they lost when information leaked of their shoddy deal.

This challenges the investigative arms of government like IGG, HMU, CID and others on why they remained quiet about this saga that remained active in the media for some time given the clear facts and evidence that had been shared by some aggrieved nurses that tried to follow up the matter.

It is reported that many whistle blowers’ reports have been written to IGG about this case but upto now no action has been taken yet the developer who bought the land continues to construct a huge building said to be the next home for first pharmacy on land that the President directed should be given to the nurses for building a nurses wellness center and offices for the Nurses Union.

One of the aggrieved nurses, a fellow executive member of the Nurses union that we interviewed said, “Justus has no moral authority to lead nurses as he himself is not a nurse. He is a clinical officer – psychiatry but confusing nurses and using them to get rich. He has absconded from Atutur hospital where he continues to earn a government salary but has never stepped there to work for years. It is sad that Ministry of Health people know these things but have not followed up.

Probably some peoples hands were oiled as the saying goes.

In our subsequent publication, we bring exclusive land dealing documents and more photos from the Kikoni enjoyments.