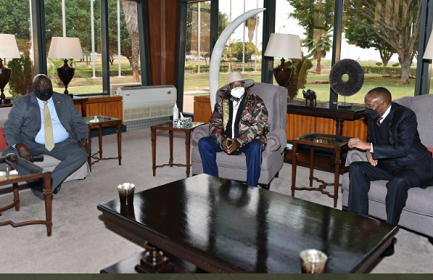 This leaders of seven nations comprising the East African Community bloc meet today to discuss the security situation in the Democratic Republic of Congo’s violence-torn east.

The President, however, did not fly his usual jet but opted for the bombardier.

Not much is known about what exactly happened to the Presidential jet.

However, in the recent past, Uganda Airlines aircraft have been hired out to private individuals including former Speaker of Parliament Jacob OUlanyah (RIP) and Lt Gen Muhoozi Kainerugaba among others.