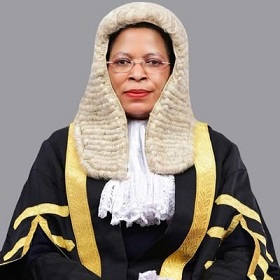 128 Enterprise groups from the three sub counties of Kamutur, Aminit and Kolir in Bukedea district have received a total of Shs. 640, 000, 000 as support from Anita Among Foundation.

Akol said that given Anita Among’s busy schedule, she couldn’t be there physically.

Each of the 128 groups spread out in 32 parishes benefitted from 5,000,000 as a revolving fund to boost their individual small scale businesses.

According to Akol, women in need of a start-up capital of as low as Shs 200,000 for mukene, tomatoes and youths doing saloons and other small businesses struggle approaching banks or financial institutions whom she said ask for unreasonable collateral.

“Among kicked out her program in these sub counties as a pilot by selecting four groups from each parish (two youths and two for women groups). This should not be mistaken as parish development model funds. Other sub counties should be patient as they will all get. However, the best ten groups in borrowing and saving will get double after an assessment in six months,” Akol said.

Akol said Anita Among encouraged people to plant trees which favors enterprises like poultry and piggery for shelter and above all getting firewood as fuel and harmonizing rain patterns.

John Stephen Ocheger of Kasera Youths Poultry Project applauded Among for supporting youths who are able bodied but lacked capital to turn their dream enterprises to reality.

Joyce Akello, a second hand dealer in clothing from Kasera village said with the funds now available, she will borrow Shs. 400, 000 to boost her running capital of Shs.100, 000 and pay interest of 4% which she said “so fair.”

According to Jackson Ojekede, the Kamutur sub-county Chairperson, Anita Among has achieved 30% of her manifesto in her first year.

Ojekede challenged the beneficiaries to utilize the money as planned but warned against diverting it.

“Am aware the money has reached us at the time we are experiencing famine in Kamutur but that should not be taken as an excuse. Invest the money well and get the promised double for the best groups.”

Angela Akwii from Kabarwa Sub County said that although they have not got the funding yet, she was confident of the speaker Among whom she knows as a woman who fulfills pledges.

“The three sub counties of Kolir, Aminit and Kamutur are piloting, if they do well, it will trigger Anita to give more support,” Akwii said.