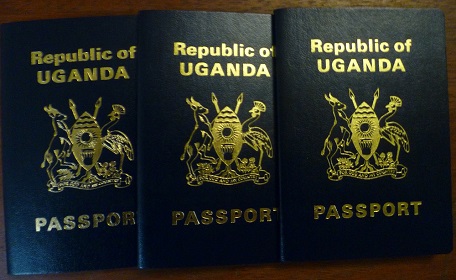 The Directorate of Citizenship and Immigration Control has explained the circumstances under which passports of children of author Rukira Kakwenza were delayed.

The 3 children, DCIC Spokesperson Simon Mundeyi said, applied for passports in March. At the time, Mundeyi said, the system was undergoing system upgrade. This meant that DCIC had to cut production by 60%.

According to Mundeyi, everyone who applied during that period was affected.

“We had a backlog. We were doing the system upgrade (cut production by 60%) between March and April. They (Kakwenza’s children) were among those Ugandans whose passports were delayed,” Mundeyi explained to the media on Monday at the Police headquarters in Naguru.

A section of the media earlier reported that the children had been denied passports. Kakwenza is currently in Germany.

But according to Mundeyi, “These children are Ugandans. Like any other Ugandan, they applied in March 2022. But during the same time, we were doing systems upgrade.”

“We don’t involve politics in our work. We are civil servants,” Mundeyi said, adding that all passports applied for during that period have been printed.