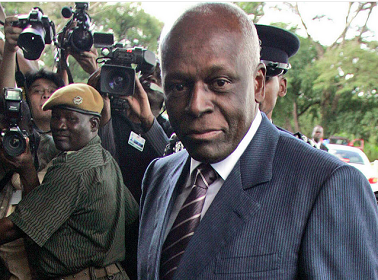 He was 79 years old and died following a long illness, the government said in an announcement on its Facebook page.

The announcement said dos Santos, who ruled Angola for almost 40 years from 1979, was “a statesman of great historical scale who governed … the Angolan nation through very difficult times.”

Dos Santos had mostly lived in Barcelona since stepping down in 2017 and he reportedly had been undergoing treatment there for health problems.

Dos Santos came to power four years after Angola gained independence from Portugal and became enmeshed in the Cold War as a proxy battlefield.

His political journey spanned single-party Marxist rule in post-colonial years and a democratic system of government adopted in 2008. He voluntarily stepped down when his health began failing.

In public, dos Santos was unassuming and even appeared shy at times. But he was a shrewd operator behind the scenes.

He kept a tight grip on the 17th-century presidential palace in Luanda, the southern African country’s Atlantic capital, by distributing Angola’s wealth between his army generals and political rivals to ensure their loyalty. He demoted anyone he perceived to be gaining a level of popularity that could threaten his command.

Dos Santos’ greatest foe for more than two decades was Jonas Savimbi, leader of the UNITA rebels whose post-independence guerrilla insurgency fought in the bush aimed to oust dos Santos’ Popular Movement for the Liberation of Angola, or MPLA.