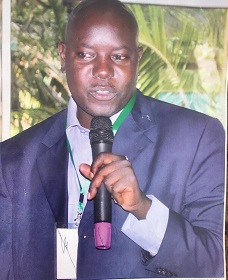 The Police are continuing to investigate the fatal shooting of the Ag. Chief Administrative Officer – Bukwo district, Charles Robert Ogwal, which occurred on the 8.07.2022 at around 11:30pm, at Kiryowa village, along Bombo road.

The preliminary facts gathered, indicate that the victim travelled from Bukwo to Mbale, with his driver, Eric Chemusto, aged 23, in motor vehicle, registration number, UG0865Z. While in Mbale, the victim had plans of travelling to Kampala via Lira. He however, changed his mind and they drove to Kampala. They reached Mukono after 10am and proceeded to Wandegeya, Ntinda, Konge, Kisaasi among other places.

At around 8pm, he dropped his driver at Liberty Guest House in Kireka, to enable him travel by bus to Bukwo district, while he drives himself to Lira. The victim drove and reached Bwaise at around 9:23pm, Kawempe up to Kagoma where he delayed a bit. At around 11:12pm, he drove past the CCTV camera site at Kiryagonja ward, while heading towards Bombo.

It was at Kiryowa cell, Kiryamuli ward, Gombe division, that he was stopped by an armed group of strangers, and he parked aside. The attackers inquired whether he was Mr. Ogwang, and it is at this stage that he sensed danger and he told them that he was his driver. They removed his wallet and phone, which they checked. After establishing his true identify, the assailants fired several bullets at him from the passenger side. This was an account of the victim to (Ogwang) the medical staff at Bombo Military Hospital, as they tried to give him First Aid.