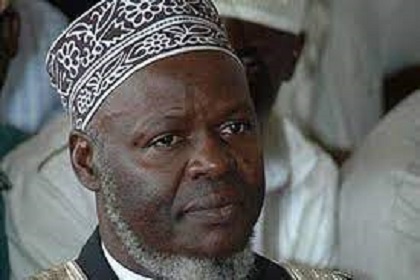 His Eminence Sheikh Shaban Ramadhan Mubaje, has said it is an abomination to stage a demo against a demoratically elected government.

At the weekend, the Mufti of Uganda joined the Turkiye community led by their ambassador H.E Karem Alp to commemorate the sixth anniversary of the aborted July 15th coup against the President, Recep Tayyip Erdogan. Speaking as Chief Guest at the Memorial celebrations of 251 citizens killed by suspected separatists linked to Turkish scholar and philanthropist Fethullah Gulen held at the Turkiye Embassy in Kampala, Sheikh Mubaje paid tribute to the Citizens of the Turkiye Republic for standing firm with passion and nationalism to protect their democratically elected Gov’t.

While quoting verses from the Glorious Quran, Sheikh Mubaje told selected guests that it is incumbent upon believers to obey Almighty Allah, Prophet Muhammad, and their rightly appointed leaders. “It is an abomination (Haram) to raise up against democratically elected Gov’t when there is the freedom to go for free and fair elections using the ballot box. Using the bullet becomes prohibited because it leads to violence and threatens the lives of innocent people,” he said. He prayed for the souls of those who lost their lives in the attempted coupe and the well-being of their families.

Sheikh Mubaje commended the bilateral cooperation between Turkiye Republic, the Ugandan Gov’t, and Uganda Muslim Supreme Council-UMSC. He in a Special way thanked H.E Karem Alp for the close working relationship with the UMSC, which he said has led to the implementation of many social transformation programs such as the construction of schools, mosques, fixing of boreholes for the provision of safe water, relief support to the vulnerable, Qurban-sacrificial animals during annual Eid Adhuhia festivals and scholarships among many other through the various Turkiye Organizations as Diyanet and Risa le Nur Associations and many others.

On his part, H.E Karem Alp recounted how the Turkiye masses resisted what he described as terroristic forces as they forcefully attempted to take over power. “The group led by Gulen a Self-style Imaam were spreading dangerous ideologies that promote division, separatism of people, and Islam,” he said. The Ambassador of Algeria and Pakistan consulate to Uganda, government officials, and UMSC departmental heads were in attendance. The guests led Ambassador Karem and the Mufti later walked in a procession to the Abubakar Swidiq Mosque in Kololo for Friday prayers.