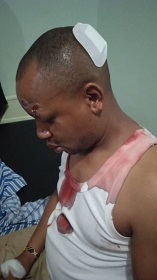 The victim has been identified as Robert Ssendegeya, 42, an official in the said ministry working under the Parish Development Model.

Sources say Ssendegeya was hit at about 10pm as he exited Zone 7, a popular bar in Bugolobi.