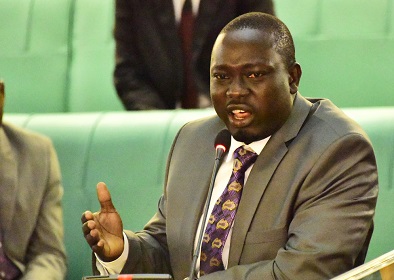 MPs on the Rules, Privileges and Discipline committee on were shocked when Silwanyi failed to stand by his testimony that he had brought up against Hon Persis Namuganza, alleging that she made statements that questioned the integrity of Parliament.

The Deputy Speaker of Parliament, Thomas Tayebwa had earlier directed the Committee to look into the matter.

According to media reports, Silwany accuses Namuganza of attacking the operations and work of parliament.

However, he failed to prove his claims Wednesday.

MP Laura Kanusu, Chairperson of the committee, asked Silwanyi to single out any rule that Hon. Namuganza broke.

She was backed by other lawmakers who asked Silwanyi to explain whether MPs have no right to discuss matters connected to Parliament on social forums created for Parliament members.

“You rose on the floor of Parliament on a procedural rule 190. Now, if somebody questions the mandate, authority of the speaker, which rule has he/she breached?” Rev. Fr Onen grilled Silwanyi as the latter fumbled responses, asking for more time to find the rule Namuganza faulted.

It should be recalled that Silwanyi, the main accuser in this case, brought up the matter mid last month, something Rev. Fr. Onen highlighted as he told the MP he had been given ample time to back up his case, in vain.

Minister Namuganza, has maintained her innocence in the matter.

“When we meet the President, sometimes he gives verbal instructions. But when you reach the committee and deliver the instructions, you are accused of concocting them without further inquiry. This is very unfortunate,” Namuganza was quoted saying.

Ibrahim Ssemujju Nganda, the Kira Municipality MP, recently said that he would be comfortable if parliament stuck to the rules regarding the behavior of MPs during the debate, in the House, and their general behavior.

Ssemujju said that if there is a particular rule that Namuganza flouted, it should be proved before any decision is taken.